Women Are Already Empowered; Organizational Systems Need To Catch Up 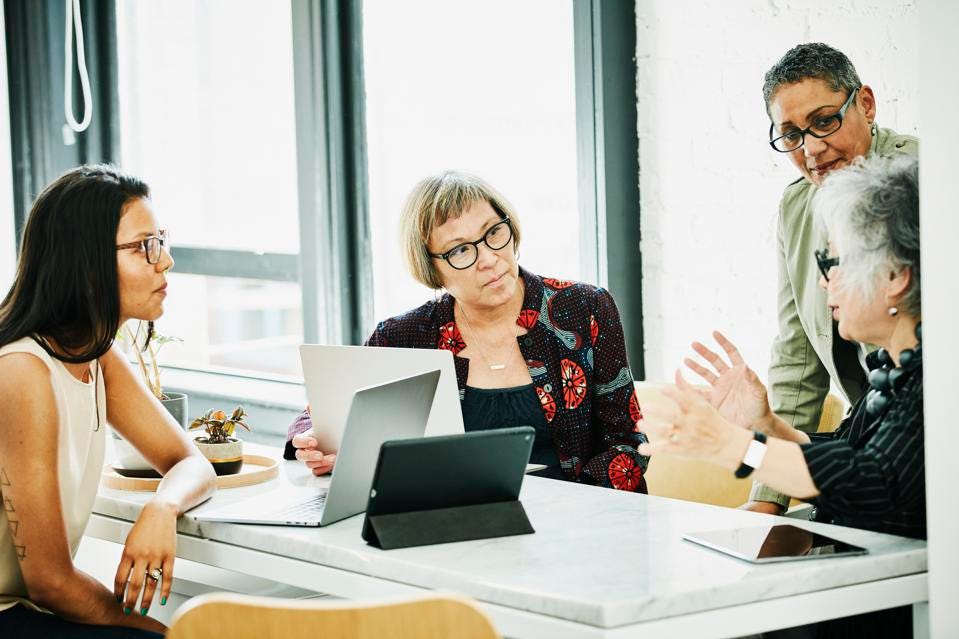 The rise of women in leadership over the past decade would not have been possible without the gritty, strong-minded, trailblazing female luminaries that came before them. Disruptors like Susan B. Anthony and Elizabeth Cady Stanton who fought for women’s right to vote, challengers like Kathryn Graham who became the first female to take the helm of a Fortune 500 company, and today’s leaders like Karen Lynch who oversees the $268 billion retail health care giant CVS Health have all boldly stormed into territory previously uncharted for women. Every woman behind these has benefitted from their refusal to accept the status quo.

For over 100 years, women have risen up and overturned old concepts and structures. So why are we still having conversations around ensuring women in the workplace are empowered?  I believe they are already empowered. Women earn 57% of bachelor’s degrees in this country, women are 50.2% of the college educated workforce, and more working women than ever in history are earning six figure incomes.  Women are getting a seat at the table, now we need to make sure that seat is positioning them for growth and allowing them to leverage all their skills and talents.  Today’s problem is ensuring that workplace systems and rules of engagement originally designed by and for men evolve to meet the basic needs of everyone in the workplace. Going forward, the systems that don’t catch up – and the organizations that house them – will be left behind.

The courageous women who have successfully navigated outdated workplace systems have had to work harder than their male counterparts to prove themselves and gain the confidence of superiors. They have had to make more sacrifices personally and professionally to rise to the top. They are held to a higher standard than their male colleagues. They are more harshly judged and more likely blamed for underperformance. And they are granted less time to implement a new initiative before it’s discontinued, or the leadership of the initiative is re-assigned. This must stop.

Given societal and regulatory pressure on companies to seat more women on their boards and within their C-suites, key stakeholders and shareholders within those companies are starting to be more supportive of female leaders but too often that support is fragile and can be fleeting. The time is now for companies to take a hard look at the constructs within their organization and consider what changes are needed to better challenge, motivate, and support women in their workplace.

Here are 7 systematic organizational upgrades required to create the conditions for women to rise to positions of power sooner, meaningfully contribute to bottom line success, and attain long-term career sustainability.

Now is the time for leaders to take bold action to challenge outdated systems, confront old school organizational beliefs and values, and build a more sustainable future for all working Americans. Yes, women are empowered, but organizations must encourage them to pursue new opportunities, emphasize women’s contributions to corporate goals, and embolden women to seek out positions at the highest levels of the organization.  The time has come for all leaders to use their power and influence to dismantle dysfunctional systems, build healthier workplace cultures and create more equitable opportunities for everyone in the organizations they lead.

Learn about our 2022 programs for women leaders.

This article was originally published on Forbes.com on June 28, 2021