Michelle Netwal on Being Ready and Paying it Forward 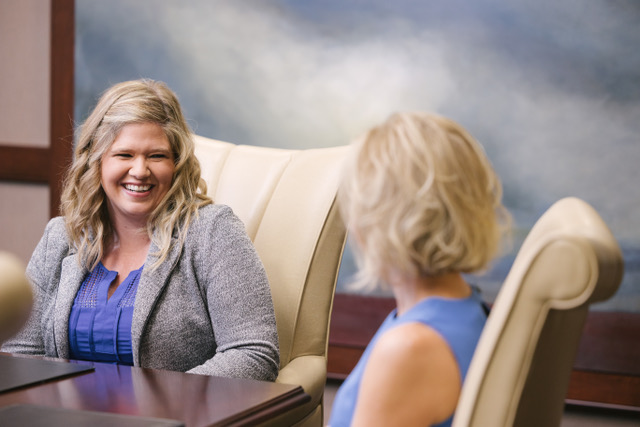 Being ready to step into a new leadership role with increased responsibility and a wider scope of influence is essential for an emerging executive. Recently, I had the opportunity to sit down with Michelle Netwal, a leader who has proven many times throughout her career that she was ready to move up the ranks within the financial services industry.  Michelle was born and raised in Brandon, Florida,  graduated from USF with a Finance degree and started her financial services career in 2005.  Michelle has worked in many functional roles at multiple banks, from operations to compliance to credit and eventually back to accounting as Controller. Her deep skills in banking and accounting along with a leadership style that focuses on purpose, clarity, and confidence prepared her for being named Bank of Central Florida’s first female Chief Financial Officer in 2019. Here’s what she had to say about the leadership qualities required to succeed as a first-time executive, the lessons she has learned during her first two years as CFO, and her mission to ensure other female emerging leaders are equipped with the tools to succeed.

In May 2019, you became Bank of Central Florida’s first female executive and Chief Financial Officer. What essential leadership qualities did you possess at the time that opened this door for you?

There are four leadership qualities that were essential when I became CFO – empathy, confidence, humility, and a willingness to learn.  Empathy set the tone that I wasn’t coming into the role with the idea that I was going to take over and change everything. I wanted to listen, to be aware of how others on the team present themselves when they are passionate about a subject, how they respond to challenges or disappointments, and start to build the foundation for a trusting relationship.  Confidence helped me establish that even though I was younger than most of the team and the first female executive, my skills and experience would serve the bank in a meaningful way.  Humility allowed me to seek assistance when I needed it, admit when I was wrong and allow others to demonstrate expertise in areas where I had less experience.  Being willing to learn has facilitated my continual growth as a leader. Asking questions and seeking out opportunities to stretch outside my comfort zone were valuable tools to demonstrate that not only did I have the functional skills for the job, but I was also ready for a leadership position.

As you considered this new leadership opportunity, did you have any self-doubts?

I definitely had some self-doubts stepping into this role.  This may have only been one rung up on the organizational chart, but the increase in responsibility was huge. I wasn’t sure that I was ready.  I questioned whether my experience was enough to prepare me for the job.  In the C-suite, you are the final decision-maker – right or wrong.  But I realized that as a leader, you have to take things one day at a time, one moment at a time, and deal with issues as they arise in the best way you know how.  I’m grateful for the conversations my CEO and I have had on this topic.  He has been a supportive guide as I navigated the transition from task orientation to broader, more strategic thinking and planning.

What are the most valuable leadership lessons you’ve learned over the past two years as Bank of Central Florida’s CFO?

The most valuable lesson I’ve learned is that leadership is hard work and to expect the unexpected.  I’ve spent half of my tenure as CFO in a pandemic and during this time we’ve been growing, expanding into new markets and redesigning the organization.  During an uncertain time, leaders must be the calm in the storm.  My team looks to me to make decisions no one else wants to make, to generate ideas when no one else can think of a solution, and to pull the plug when a plan is not working.  Leadership requires intense focus. Leaders must be self-aware, open to criticism, willing to seek out feedback and constantly stretching and evolving.

The first person that hired me into my first job in banking was a true mentor to me. I watched her move through the ranks and I was inspired by her. She could command a room and was able to communicate in a straightforward, yet very professional manner. She mastered the art of asking for what she wanted without creating the perception that she was too direct or too demanding.  By coaching me to manage my emotions in difficult situations, I was able to develop a more effective communication style. Most importantly, she pushed me.  When I had doubts, she always assured me with “Michelle, you’ve got this”.   Her confidence in me and her reminders that my input was valuable encouraged me to speak up in meetings and to try new things that would ultimately advance my career.

Being mentored by her inspired me to launch a Women’s Mentoring Program at Bank of Central Florida.  I would not be in this chair if she had not recognized my ability to contribute. I might have had the functional skills, but I would not have had the soft skills needed to get me here.  There is nothing more fulfilling to me than to see other woman in this organization blossom and achieve their goals.  One of the best things in life is to pay forward what somebody else has given you.

What’s the biggest mistake you see women leaders make and how can they avoid it?

Women tend to hesitate to say what they think or ask for what they need.  Often, I see women phrase their thoughts as a question when it would better serve them as a statement.  Or if they use a statement, they phrase it with minimizing words that detract from the message.  Women leaders need to communicate clearly and directly – and without hesitation. If you are saying what you want and asking for what you need to create the impact you desire, there is nothing wrong with that.  Just say it. You will never get what you need to be successful without asking for it.

Learn about our 2022 programs for women leaders.