It Takes A Village To Implement An Executive Succession Plan 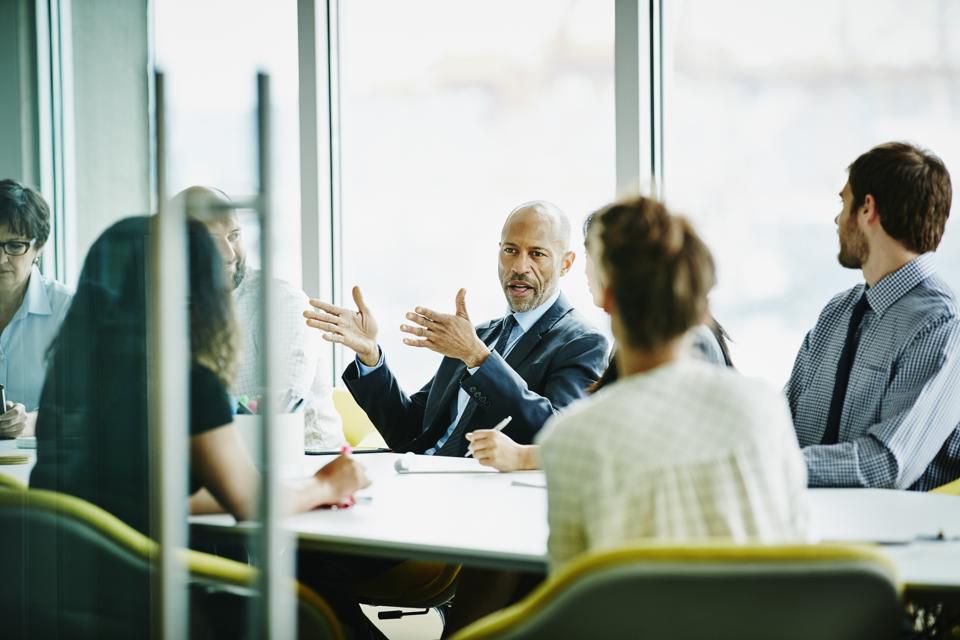 The effective implementation of an executive-level leadership succession plan is not just about naming the successor. Specific and intentional action must be taken to ensure that the successor, who may be new to an executive role or new to the company, is prepared with not only the technical skills to perform the job, but the ability to carry out the mission, enhance the culture and achieve the goals of the organization. The need for executive-level succession planning and execution isn’t going away anytime soon. By 2030, all baby boomers will be older than 65. Without careful planning, substantial knowledge gaps will be created as thousands of executive-level positions head into retirement.

Succession is not as simple as assigning a mentor to the identified candidate and calling it a day. While the successor ultimately plays the lead role in their success, this isn’t a single-person event. Many stakeholders — a village, if you will — play vital roles in creating a smooth leadership transition. Coordinating these players in supporting roles around a new-to-the-job or new-to-the-company executive is critical to a meaningful succession plan. Just as stakeholders should be involved in the selection process, it is equally important for those stakeholders to be involved in the onboarding process.

My work with corporate leadership teams has demonstrated that it is rare that an executive fails because they don’t have the functional knowledge to do the job. Whether the new leader is tasked with maintaining the momentum created by a predecessor or whether the new leader must course-correct, a key factor to their success is a keen sense of what makes the organization tick and how to navigate company politics. A recent study of senior executives highlighted that almost 70% of respondents felt that a “poor grasp of how the organization works” and a “misfit with organizational culture” were the primary reasons for failure among new leaders.

Assuming a smart leadership succession plan has been documented for an executive-level team member and the right internal or external candidate has been identified, the next step is to create the time and space required to execute the succession plan by providing 360-degree onboarding support, learning and knowledge transfer.

The roles of these seven stakeholders should be clearly defined to ensure a seamless transition.

It is rare that an organization has a successor waiting in the wings who is 100% ready to take on a new role. Therefore, the primary role of the predecessor is preparing the successor to step into their position with confidence. Adequate preparation involves historical, operational, technical and cultural knowledge sharing. Enabling the successor to understand the historical context for past decisions and the anticipated challenges that lie ahead are critical parts of the knowledge transfer. This institutional knowledge will help the candidate identify situations that will require fresh thinking and new approaches needed to overcome challenges. The most important role of the predecessor is knowing when to fade to the background and let the successor take the decision making lead.

From introductions to key clients and business partners, to providing networking and industry political support, to offering candid feedback, the CEO plays many crucial roles in a successful executive leadership transition. The CEO is responsible for managing and influencing power struggles as the dynamics of the executive team unfold. The CEO may also need to direct a reconfiguration of the leadership puzzle depending upon the go-forward business strategy, the competitive landscape and economic factors.

The success of the new executive will depend on the team that surrounds them and how their skill sets and leadership styles complement each other. It’s normal for tension and uncertainty to occur as the dynamics of the executive team reform. During this period, building trust, engaging in unfiltered productive debate and aligning on a go-forward plan is essential. Tiptoeing around hot topics, stonewalling and destructive conflict will quickly derail a successor’s onboarding process.

Identifying a board-level champion and mentor will provide the successor with the perspective and insight needed to navigate successfully enterprise-wide.

Beyond the initial onboarding process, HR’s role in the integration of a new executive is often overlooked. Partnering with HR to assess the strengths and weakness of the executive’s team members, craft professional development plans and orchestrate terminations as necessary can fast-track determining who to keep, who has potential but needs support and who is no longer the right fit. Additionally, HR can identify profession resources for the new leader that may include executive leadership programs or an executive coach.

The success of the new executive will depend greatly on the success of their team. By listening intently and respectfully to the team while acknowledging their perspectives, a new executive builds trust in the transition process. This trust allows the executive to clearly define roles that will ensure that the team is ready and willing to support the direction of their new leader.

The work of successfully implementing an executive-level leadership transition begins when the successor is named. Ensuring that all stakeholders understand and take ownership of the integrated roles they play in the onboarding process will create the necessary conditions for the new executive to thrive.