Multitasking: 5 Reasons Why It Doesn’t Work 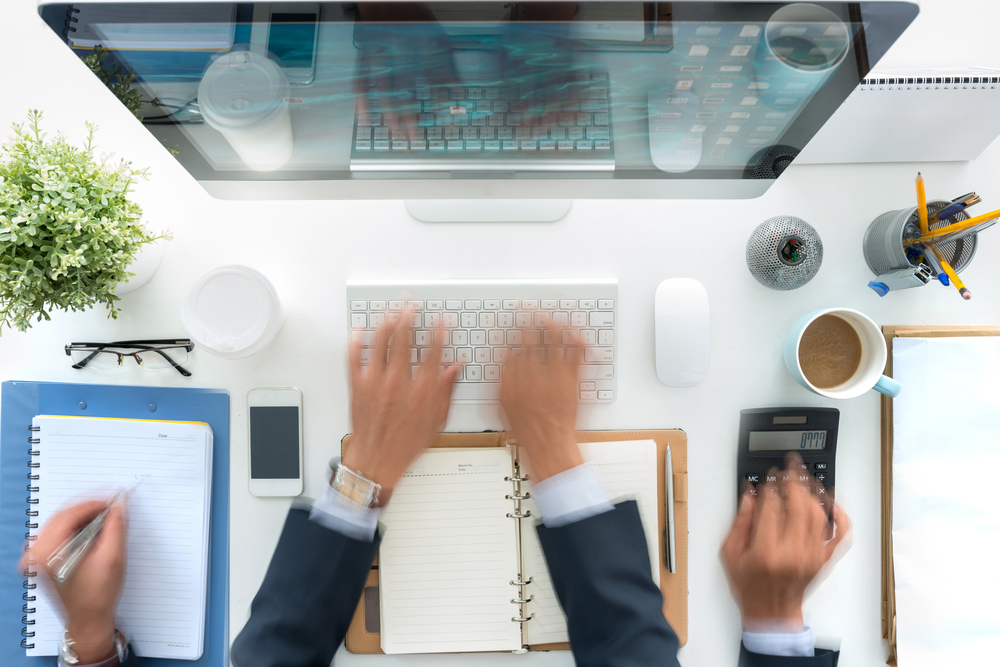 Take a moment to think about all of the things you are doing right now. Obviously, the first thing on the list is reading this article, but chances are you are also following up on action items from yesterday’s meetings, glancing at email, planning today or tomorrow, listening to music, distracted by smart phone alerts, and of course, you have a task on your desk that has momentarily been put to the side.

Multitasking can involve doing several things simultaneously or switching back and forth between tasks. Performing several tasks in rapid succession is also considered multitasking. No matter which method you use to multitask, the reality is that our brains are simply not built to function in this way.

David Strayer, Ph. D., Director of the Applied Cognition Lab at the University of Utah, studies multitasking within the realm of distracted driving. His studies have found that only 2% of people can multitask successfully and that attempts to do more than one thing at a time ultimately end with neither task being performed well. Strayer’s message is this – even if you think you are good at doing multiple things at the same time or in rapid succession, there is a 98% chance you are not. For the vast majority of us, multitasking isn’t helping us get more done. In fact, some researchers suggest that multitasking can actually reduce productivity by as much as 40 percent!

So why do we keep trying to do more than one thing at a time? Most of us multitask because of the perceived benefit of improved productivity. It makes us feel like we’re accomplishing several things at once and gives us a false sense of achievement.

1. We sacrifice efficiency and lose time switching and refocusing on tasks. When we switch back and forth between tasks, we must remember what we were doing, where we were in the project, and what we planned to do next. Dave Crenshaw, author of The Myth of Multitasking, refers to the time wasted recalling all these things and not accomplishing anything as “switching costs.”

2. We make more mistakes that require do overs. Because our brain is not functioning at the highest level while multitasking, the tasks we manage to complete are often not done with the highest level of quality or creativity – leading to errors and missed opportunities for innovation.

3. We deplete our vital energy by continuously transferring our attention and refocusing. The perceived productivity gains from multitasking cost us more over time in the energy required to support multiple activities. Refocusing on a new task is taxing on our brain and causes mental blocks.

4. We find it difficult to tune out distractions. According to Stanford University researcher Clifford Nass, heavy multitaskers are actually worse at sorting out relevant information from irrelevant details than those who deliberately work on one thing at a time.

5. We sacrifice our ability to be fully present and engaged which sends the message to others in our organization that not paying attention is acceptable. Managers that frequently send emails during meetings are twice as likely to have direct reports who also multi-task in meetings according to Microsoft Workplace data analysis.

If you’re still not convinced multitasking doesn’t work, there is increasing evidence that it lowers our IQ. For many years scientists believed that cognitive impairment from multitasking was temporary, but new research suggests otherwise. Researchers at the University of Sussex in the UK compared the amount of time people spend on multiple devices (such as texting while watching TV) to MRI scans of their brains. They found that high multitaskers had less brain density in the anterior cingulate cortex, a region responsible for empathy as well as cognitive and emotional control. Spreading attention so thin and constantly being distracted by different streams of information can have a serious, long-term, negative impact on our cognitive ability.

Now that you understand why multitasking doesn’t work, shat can you do to shift from the exhilaration often created by trying to accomplish many things at once and shift to the simple act of devoting your entire consciousness to a single task at hand? Here are 3 steps that will help you break the multitasking habit:Notice that you are multitasking and be intentional about stepping back.Pause and prioritize the most meaningful (not necessarily the most urgent) task you need to complete.

Create an environment that allows you to focus by eliminating distractions. Clear your desk of items not relevant to the task at hand, listen to instrumental music (music without words) if you must have background noise, and silence devices that interrupt.The ability to multitask is not a badge of honor nor is it a habit you want to reinforce. There is strong evidence that it slows productivity and decreases the quality of your work – and a growing body of research that shows that it can cause damage to areas of the brain needed for top mental performance. More importantly, multitasking can decrease the quality of your relationships.

Multitasking in meetings and other social settings sends a message to those you interact with that they are not your priority. It also indicates low self and social awareness, two emotional intelligence (EQ) skills widely recognized as critical to success at work. Over the next week, I invite you to notice when you’re multitasking. In that moment, make the choice to redirect your energy to a singular task and observe the difference in the outcomes you produce.

Emily Rogers is an executive coach, business consultant and retreat facilitator. She strategically advises and supports organizations and individuals in growing and realizing their full potential in purposeful and balanced ways. You can connect with her at www.emilyrogers.com.